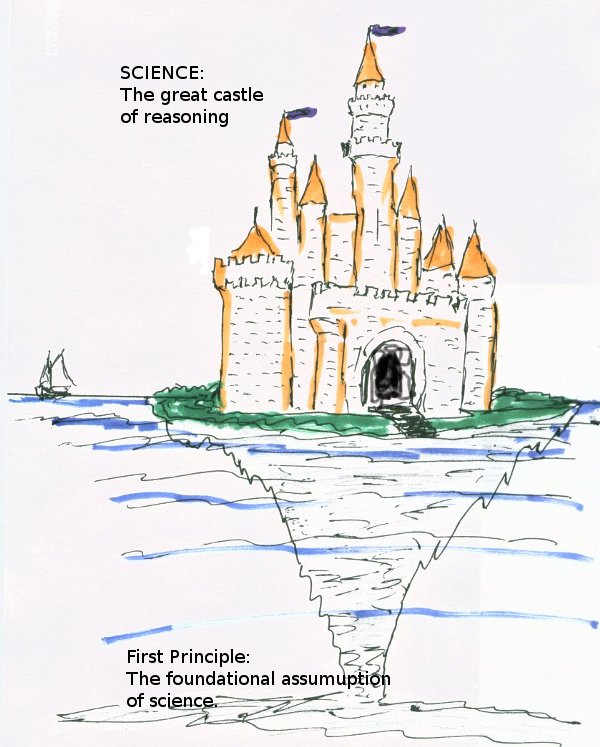 It is a general principle, applicable to every physical thing in the universe.

It is the starting point, the foundation, for scientific reasoning.

It has no foundation, no independent substantiation. It is merely an assumption.

It is historical. The search for a foundational, metaphysical assumption to support science began with the Greek philosophers and was later adjusted by medieval, Catholic friars.

It is accepted as self-evident by the disciples of science.

Scientific definitions of time and matter, most empirical measuring units and mathematical laws presume it to be true. What scientists consider as evidence and their scientific methods largely depend on their elementary assumption.

A test of the first principle must seek to falsify it with simple, non circular evidence.

The first principle is especially important for understanding Earth history and beginnings. Scientific cosmic histories rely almost completely on invisible matter, a vacuum explosion, spreading vacuums that stretch passing light and other undetectable magic. The scientific universe is 99% undetectable with any instrument. The undetectable things are unnecessary if one simply questions the first principle.

Changing Earth Creationists reject the historical, foundational assumption for empirical science. We use the biblical principle that the creation is enslaved to change to interpret visible cosmic history. Galactic history is the only history that we see with sight as it happened. Visibly, galaxies grew as the stars continued to form into things that spread out (raqia) just like in the Hebrew creation account. 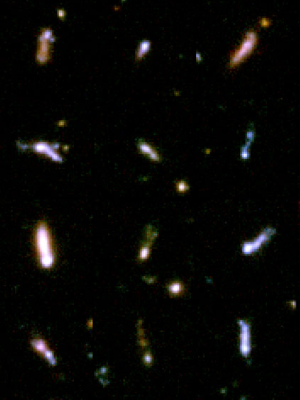 These are early tadpole galaxies from the Hubble Ultra Deep Field. Notice that they are often made of strings of star globs (with equal spacings and different colors. Galaxies grew from the unformed matter God created first. Test the first principle of science with the visible history of how galaxies grew from the insides outwards. Credit NASA: A. Straughn, S. Cohen, and R. Windhorst (Arizona State University), and the HUDF team.