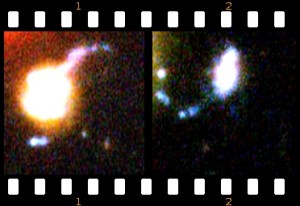 Jacob tended  flocks that were partly his and partly his uncle’s. He had to make up the losses to his uncle from his own flock when a wild an animal killed an animal. (Genesis 31:39). Evidently he was able to count and keep records of hundreds of animals. Jacob used numbers for counting flocks even as the flocks were changing. Ancient people, understood that everything changes.

Jacob’s practical arithmetic is unlike the complex mathematics scientists use in their earth histories. Scientific histories are based on assumptions about changelessness. Scientists presume ancient atoms were identical to modern ones. They define a host of mathematical entities such as mass, energy, time, physical “constants” and “mathematical laws” based on the western metaphysic: that the essence of substance is changeless. The idea that matter is not intrinsically changing came from medieval Catholic scholars who laid the foundation for western science.

Even if ancient atoms were NOT identical to modern ones, 1 + 1 would still = 2 in every age. If atoms continue to change themselves, everything that could be counted with the number “one” would continue to change so that ancient “ones” would not be like modern “ones. ” In such a universe, logic and mathematics would only work locally and in nearby times. In such a universe, mathematical Earth histories would fail, because nothing in the ancient world would work exactly like it does in the modern world.

Let’s test the basic assumption used in mathematical versions of earth history. Giant telescopes are observing galactic history, the only history that is visible as it happened. The telescopic views show that many early galaxies were tiny, without starry arms and their colors were much redder than stars in the Milky Way. (The early Egyptians painted the Sun red and the sky tan. Homer wrote of the bronze sky and the wine colored sea. Modern skies are blue and our Sun is white, which is the same kind of change we observe in galactic history).

The light from these ancient galaxies often shines at less than 10% of the frequencies emitted by modern atoms. Indeed, there is a relationship between increasing distance (the visible past) and the slowness of atomic clocks. This relationship is also observed in four distant, spinning spacecraft. NASA used transponders on those spacecraft to return a radio signal that was precisely set by hydrogen-maser atomic clocks. When the returned signals were compared to the present speed of the atomic clocks, they found an anomalous change in frequency that correlated with distance (the past). Evidently local hydrogen atoms were accelerating their clock rates at approximately the same rate (relative to distance) as the hydrogen atoms in billions of distant galaxies (Hubble’s ratio).

Early galaxies also have strange shapes, compared to local galaxies. Their red cores are often surrounded by strings of equally-spaced, bluer star globs. This is a photo of Hubble Ultra Deep Field galaxy #4491. Notice the red core and the stream of blue, emerging star globs. The light from this ancient galaxy shines at 48% of the frequencies emitted by modern atoms. The picture is the public domain, from NASA. The two galaxies at the beginning of this article also have equally spaced blue stars globs and are also from NASA’s Hubble Deep field.

In countless examples, we observe that the star globs accelerate out and spread out as galaxies intrinsically grew into huge, local, growth spirals. Visibly, the properties of all matter continue to change relationally. Relationally means the clock speeds change along with the volumetric and inertial properties of matter.

Of course what is visible makes no sense to scientists. They were trained to think that symbols (such as m, t, E and G) are real and to “solve” practice problems with these symbols. Most scientists are unaware that science was founded on a metaphysical assumption:  the essence of substance is changeless. It is not surprising that their cosmologies focus on undetectable, mathematical things such as invisible matter. They calculate that 84 % of the matter in the universe is invisible . They do this to force their laws on an uncooperative universe. They imagine that the vacuum of space time is stretching, pushing away distant galaxies that are standing still relative to their local vacuums. The differences between ancient light-clocks and modern ones are accounted for by the stretching vacuum of space time. All the magical stories about a vacuum explosion, invisible black holes and vacuums that pull more energy out of the vacuum to keep on stretching out the vacuum are unnecessary if they could only question the fundamentalist assumption upon which their science was contrived.

What is visible in cosmic history only fits a literal version of creation, not the traditional exegesis that came from the Latin Vulgate. First God created (completed action verb) the heavens and the Earth. The earth was (completed action verb) formless and void. Then God’s wind dithered in unbroken continuity as He continued to command light to continue to be (imperfect verbs). To this day, light continues to dither around within all matter, evidently giving it extension.

Half way through the creation week, Elohim continued to form the Sun, Moon and stars and continued to make them into things that spread out (Hebrew raqia). Repeatedly the Bible explains that God continues (in unbroken continuity) to spread out the heavens and the Earth. Indeed, Earth’s continents only fit together on a tiny globe

without major surface seas. The sea floors are younger than the continents. New seas form as the Earth continues to grow in size. The picture of the growing earth is from Michael Netzer and is under the CC 3.0 attribution license. What is visible invalidates the assumption upon which scientific Earth histories depend.

What is wrong with mathematics? There is nothing wrong with simple arithmetic that accepts the visible reality that everything changes. We observe that everything in the universe that can be numbered is changing. Indeed, the Bible states that the creation is enslaved to change. When scientists mingle mathematics with their metaphysical assumption, that matter does not change itself, the result is the greatest system of mythology in history. The scientific universe is 99% undetectable in any part of the light spectrum. Their universe is crammed full of magical things never observed in any laboratory because they do not test the fundamentalist assumption which is the historical  basis for mathematical empiricism itself.

If you accept what is visible as real, rather than synthetic mathematical entities, you might see the evidence that God is about to make foolish the greatest system of knowledge ever created by man, western science. What glory He will get when He (without deception) reduces the wise to fools and proves that man cannot come to know Him through philosophy, only by the child-like faith of a sinner that trusts His promises alone for salvation.